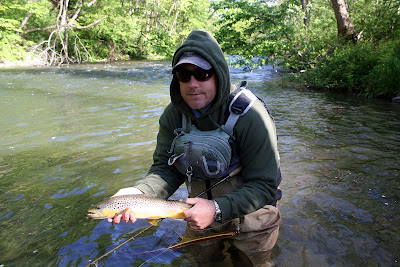 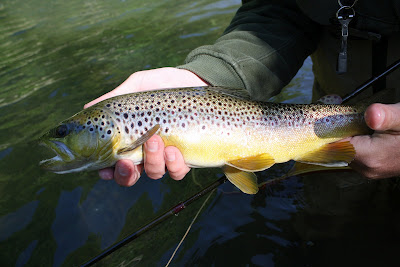 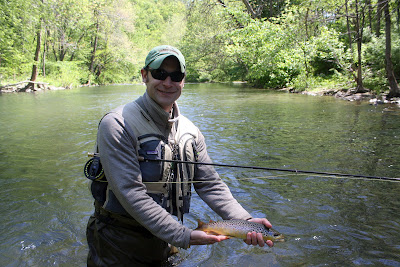 Matt with a nice brown. 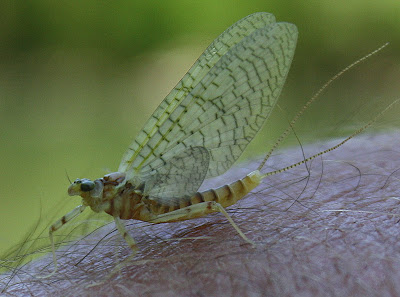 The Yellow Drake that was mixed in the rest of the bugs that day.

Mike playing with my camera while I was casting to rising fish. 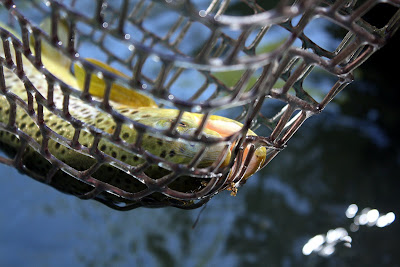 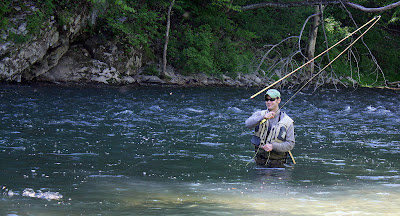 I really liked this shot of Matt fighting this fish. 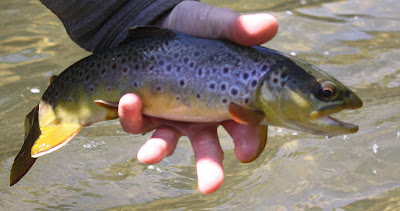 Headed out early Monday morning to meet up with Mike and Matt for a trip to hopefully get some good dry fly action. We decided to goto the Lil J instead of Penns Creek and it turned out to be the best option. The fishing slow at first, but it sure picked up around 11:00am when fish started to rise. The bugs were in full force that day because we had a Grey Fox, Yellow Drake, Sulphurs, and Caddis all at the same time. It take a some time to see what they were really keying on. At around 2:30pm, the Sulphurs were everywhere and the fish were plowing them. The Mid-day hatch lasted about 3 hours. Then the fished turned back onto the Caddis for the remainder of the evening. We stayed around for the spinner fall but it never really happened. Probably the most exciting yet the most weird event that happened that day was the bird that I caught. Casting during the frenzy of the Sulphurs, I caught a large black bird with my flies. Mike has a photo of it from his camera. After a 5-10 minutes later the bird was released unharmed.