A Little of Everything.... 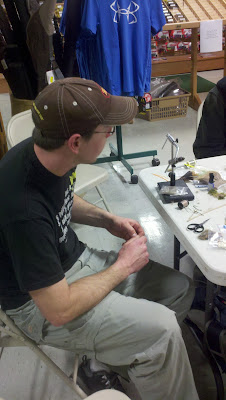 This past Tuesday day was the first day that I did not have Football or Basketball practice after school. I can be honest that I had no clue what to do with my spare time. After speaking to Mike on the phone, he mentioned that they were putting on a Fly Tying class at Woodlands World in downtown Uniontown. I meet Mike, Larry, Lynn and Garrett for the event they are going to try to hold every Tuesday evening at the store.     Lynn showed how to tie his Sac Fry pattern which is pretty solid. I will try to get a photo up of that soon. Larry, pictured above, was showing about eight to nine new guys to the sport on some basic patterns. 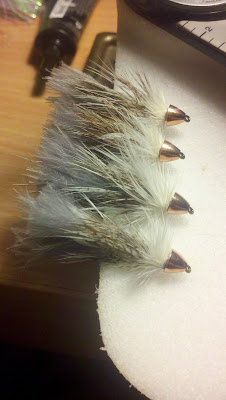 Over the past week, OrvisNews.com has had some sweet easy patterns for some meaty streamers to try. Its hard for myself to not use a Woolybugger anyway, but they looked like they would be worth a shot. Pictured above is some Moto Minnows that I tied. Here is the video that I followed for this tie.  This has been the best series by far on OrvisNews.com. I truly believe these are the best tying videos out there in terms of quality of video and patterns selection available. 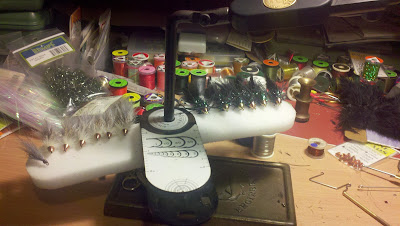 Picture of a solid evening of tying.... Notice how messy my desk looks. I also want to add that having a bird dog in the house as well as a curious cat watching you tie flies can make for an interesting evening. 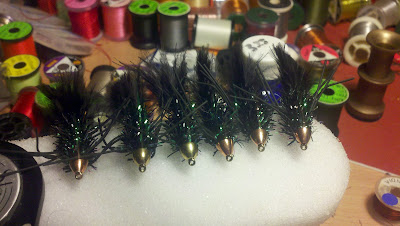 Another streamer pattern that uses marabou, estaz, and rubber legs to attract some aggressive strikes from big fish. These Monster Buggers are really easy to tie. I think I may sit down in a few an tie up some Olive and White Monster Buggers to add in the streamer box as well.

Yet another great tying video from Tightline Production. Its worth checking out their collection on Vimeo. 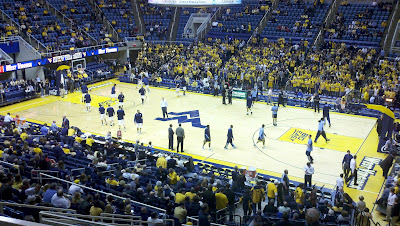 Last night, I headed down the road to catch the WVU vs. Marquette hoops game. It was great game, but I was hoping my Mountaineers would pull it out in the end. Just too many bad turnover at key situations. 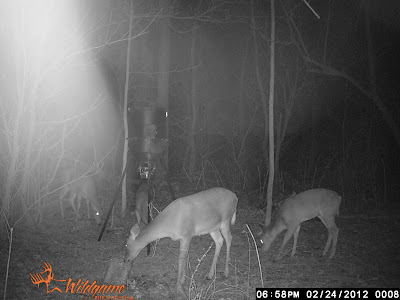 These guys have been at the feeder over the past week consistently. I have noticed that the Crunch Block has been a huge success for attracting more deer.