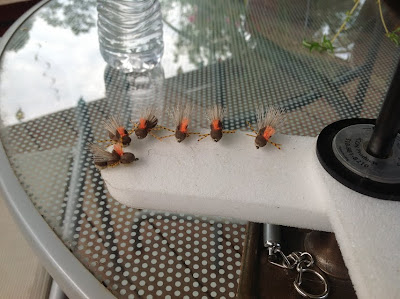 Sat on the deck last week during the heat wave and tied some hoppers for Yellowstone. I found a simple tie for these on Hopper Juan's blog. His ties are easy to follow as well as very effective. I have used them on some of the past guided trips since the terrestrial fishing has been solid. The fish seem to like them alot. 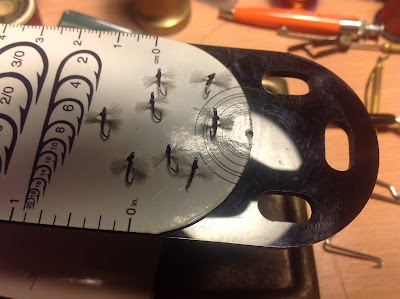 Mike and I headed to Spring Creek on Wednesday morning. I tied up about a 16 Tricos in sizes #22 and #26. It was a hot day for sure with alot of storms in the forecast. We were able to avoid the storms, but the tricos were not present. Ants, beetles, scuds, and a few midge patterns produced well. I also did really well on a #16 Ray Charles pattern tied in a Watery Olive color. Below is a small brown in the am caught on an Ant. Mike caught some big ones early on as well. Mike and I did rather well on the water. We fished most of the day and landed 40 + fish. We didn't stay long since there were no olives during the day and no possibility of a spinner fall. 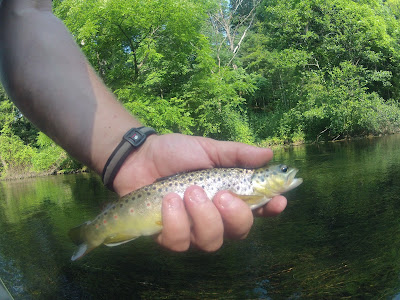 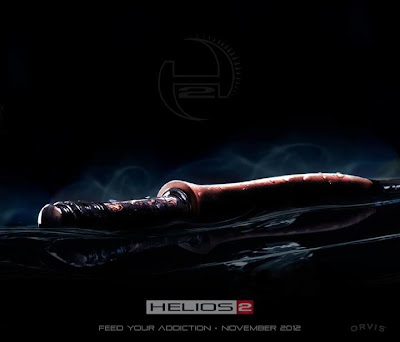 For a few months now, we have been waiting to discuss the Helios 2 or "The Second Coming...." as we knew it during testing. Had a chance to cast a 5 wt as well as an 8 wt in Vermont. What a smooth action and  handles fish well. The new line of Helios 2 will hit the market in November. I will for sure have one of these.